The Fredericksburg Fly Fishers Club hosted a fishing day out for eight (8) soldiers from Fort Sam Houston, San Antonio on May 19.  When the soldiers arrived they were greeted by club members who assisted them in getting their rod and reel ready and selecting bait. They then accompanied “their guest” to a fishing spot and stayed with them visiting and tutoring where necessary since for some this was an entirely new experience.

They were fishing for bass although there were also hungry perch in the lake.  It was catch and release so the excitement of catching fish was what was important.  The first fish caught was about a two pound bass!!  Naturally it was caught by the one person who on arrival stated “I am not going to fish”.  By the end of the day everyone had caught at least one fish.

Lunch was from Backwoods Barbecue followed by yummy HOMEMADE desserts made by Fellowship Connection First Baptist Church.  After everyone stuffed themselves they went back for more fishing and or kayaking.

As they were getting ready to leave, the soldiers revisited the dessert table for something to ‘munch on’ on the drive back to San Antonio.  There were lots of smiling faces as people said their goodbyes. 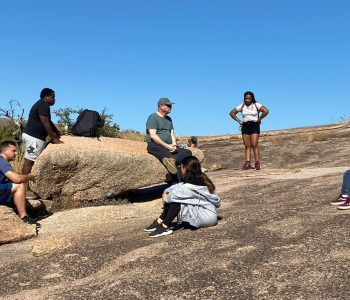 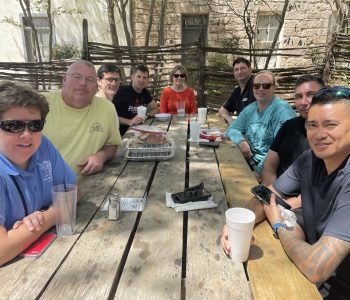 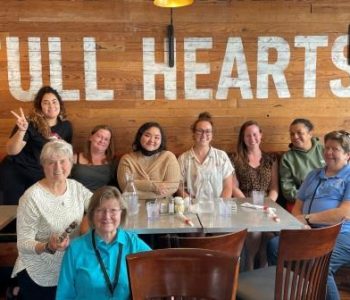