Friday the 13th, yes, Friday the 13th, couples and families gathered at Fredericksburg United Methodist Church for the first session of the weekend with Chaplain Shannon. However, in keeping with the Friday the 13th legend it should be noted here that this retreat was to be hosted by and held at the First Baptist Church. During preparation on Thursday the Baptist’s were told there was a broken water main so there was NO WATER and no one was sure how soon it could be fixed. Hmm? Fortunately the Methodist Church was available so everything was moved across town and all of the warriors were informed of the change before they left San Antonio.

Session 1 began as Chaplain Shannon, utilizing visual aids and handouts, explained they were going to explore how to identify feelings and just as important, how to express them. The model the chaplain used would be good in any environment, i.e., military, corporate, home, etc. In fact, some of the volunteers asked for the website links for personal use. After the dinner break the children went back to their game areas while the parents and couples completed a second session before heading back to the hotel for the evening. 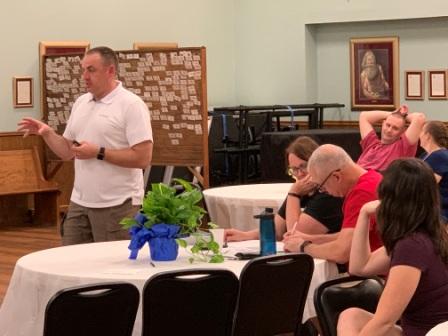 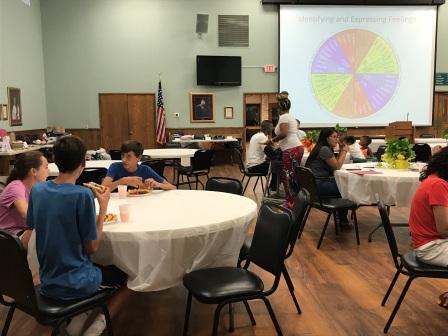 Saturday morning started with Chaplain Shannon leading the group through a third session where, like the previous evening, there was a lot of ‘audience’ participation. The chaplain then introduced a guest speaker who is a social worker at the Warrior Transition Battalion. She said that couples tend to lose sight of the things that attracted them to each other. Their challenge was to make a ‘Memory Box’ (my words). They were given a plain wooden box and then chose various items with which to decorate it. The decorations were to represent things that attracted the couple to each other and other significant events in their life. Couples took turns showing off their creations and explaining all the elements involved. 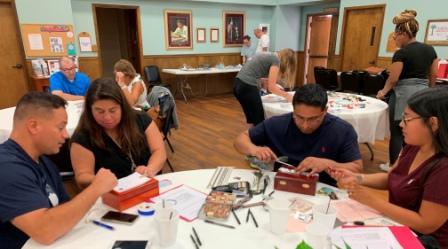 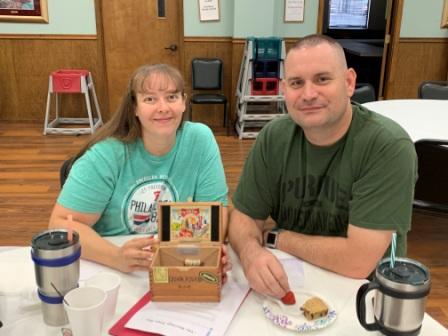 The children joined their parents for a delicious catered lunch after which everyone was free for the afternoon. Dinner was provided by members of the First Baptist Church. There was an amazing variety and amount of food for the warriors and families to enjoy. In fact, there were multiple go boxes prepared for the warriors.

During their free time in Fredericksburg, several went to Fritztown Cinema, the Museum of the Pacific War and the game room at Mr. Gattis’ Pizza as guests of Wounded Warriors at Nebo.

In spite of the rough start, this retreat’s 42 attendees left with new interpersonal skills. 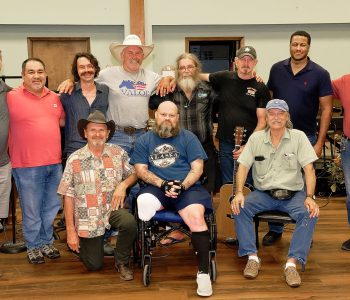 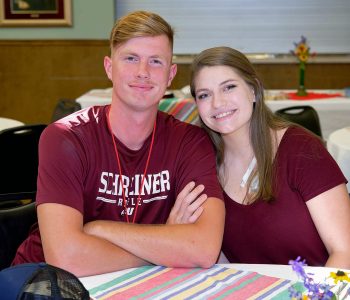 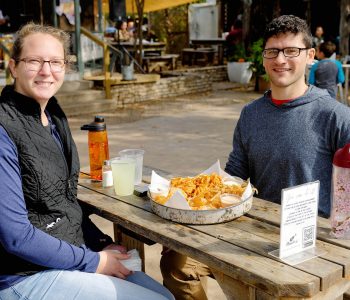 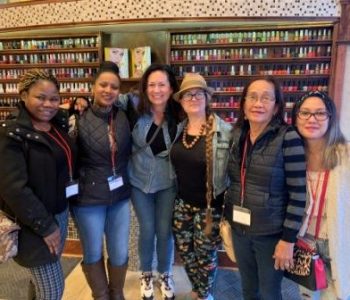 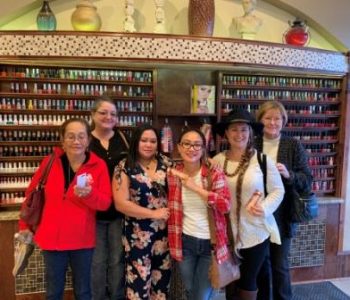 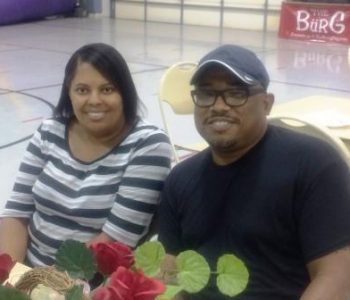